Rumours were going around that Covid-19 was spreading from China, but we did not pay it much attention as we were far from anyone, or anything.

One Tuesday afternoon we were sitting outside, having some home made pizza, and a couple of laughs. Jolandie’s mother gave her a phone call, and I noticed her facial expression changed into panic. South Africa’s president announced that a national lockdown would be imposed from midnight on the Thursday. Our original plan was to finish the oil conversion in Piketburg, and make te journey back home to Nelspruit, Mpumalanga – which would have taken us at least a full week as the truck goes at 70km/h. Things quickly changed after the president’s announcement, as we did not intent to stick around in the Western Cape, but really wanted to get back home to our family as my father had just started his own journey with cancer.

The next morning we were up way before sunrise, and headed off to Cape Town to pack up our things, while Japie and Morne reassembled Betsy. By the time we got back to the farm it was late afternoon, and we decided to leave the next (Wednesday) morning at 3am in the race against time to get to Nelspruit before the Lockdown restrictions were enforced. 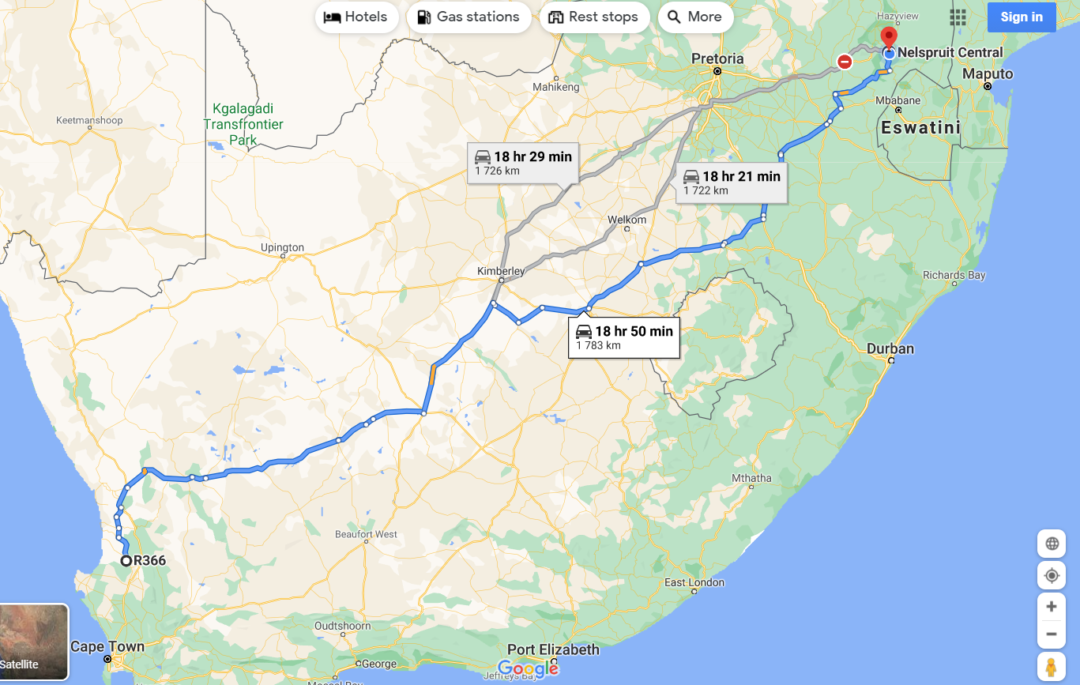 (above: the distance between the farm, and Nelspruit)

I drove the truck, while Jolandie took the Suzuki Jimny. We could only make it to Calvinia (260km) on the first day as Jolandie started falling asleep behind the wheel. We woke up the next morning at 2:30am, and left again at 3am. We didn’t stop driving for 25hours as there was no time. After what could only be explained as the most stressful road trip we’ve ever had, we arrived in Nelspruit on the Friday morning just as the sun was making it’s appearance. Lockdown had commenced. 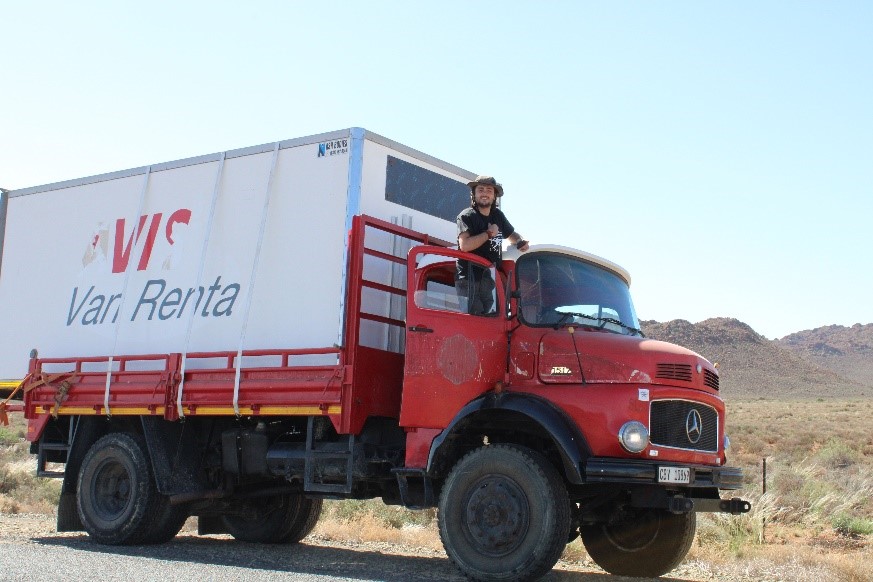 (Above: on the way to Nelspruit, all of our things loaded)

Newer Planning The Build:
Back to list
Older The Waste-Vegetable Oil: