This eccentric burly human being is a lifelong friend of my father, and had many years of experience working in Africa – as did my father. Japie’s knowledge of mechanical parts and functional thinking came in handy, as did their friendship and hospitality.

Japie taught us to think outside the box when fabricating ideas for Betsy.

We sat around looking at the stars some nights, dreaming about Africa. Japie often drifted into a proper good story of himself and my father going on a quick side adventure to Dakar, or gave a handy tip for safety and cons to look out for.

At that moment we were quite broke after spending what we had on the truck, so DIY engineering was the way to go. In the end Japie designed the waste vegetable oil heating reservoir, and greatly assisted in the building and designing of the diesel-oil conversion.

Jolandie had seen an article regarding a family, that drove around the circumference of the African continent on nothing but used vegetable oil, and what was even better – is that they did it in their 1978 Mercedes Benz 911 (a model that is very similar to ours). They did a 9-year trip, and I was on their trail like a basset hound on peanut butter.

I researched the workings of the Diesel engine on oil, and was very surprised with what I managed to dig up. Not only was it the greener option, but before diesel engine fuel was standardized, fuels such as petrol, kerosene, gas oil, vegetable oil and mineral oil, as well as mixtures of these fuels, were used. The oil needs to be very well filtered, and most importantly – it needs to be heated so that the viscosity becomes that of diesel fuel. The injector tips are extremely fine, and can easily clog up. Diesel exhaust has been classified as an IARC Group 1 carcinogen. It causes lung cancer and is associated with an increased risk for bladder cancer. I am extremely susceptible to cancers, so vegetable oil is the obvious choice!

I contacted various local heat exchanger manufacturers in Cape Town and surrounds, and one came back to me saying that he supplied one to Mark Sampson, who would 10 years earlier also set off on his mission around Africa. He was kind enough to give me Mark’s details, and I contacted him – almost immediately.

Mark and his wife Sam, invited us to their home to tell us more about their journey. Mark and his family were more than willing to share their wonderful experiences as a family on the road, and we probably spent a good 3 hours listening to all the tips, tricks, adventures, and general good times the road has generously gave them. Mark walked us through every detail of his diesel-veg oil conversion, and we left their home exited for the work that lay ahead. 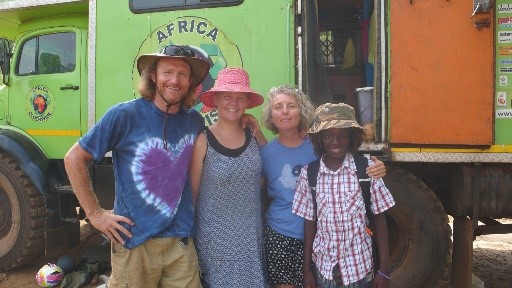 At that moment our budget was very tight, as we were trying to get our small business off the ground. Japie came up with some solutions for the issue. He donated the extra fuel tanks for the vegetable oil, and offered his hand and tools in constructing a system that would work on oil and diesel.

(above: the tanks were salvaged from old agricultural vehicles)

The heating reservoir was a solution to the expensive, brazed plate heat exchanger. We launched a project on our website – Building Betsy, in the hopes to gain the sponsorship from parts companies. Instead, Charlie Scott sent though an email all the way from Sarasota, Florida, USA. His granddaughter – Avery Marx, was diagnosed with Fanconi Anemia and failing bone marrow about 11 years ago. He read our story about our Fanconi Anemia journey, and was inspired to help us out with enough funds to purchase the supplies needed to build our DIY system. 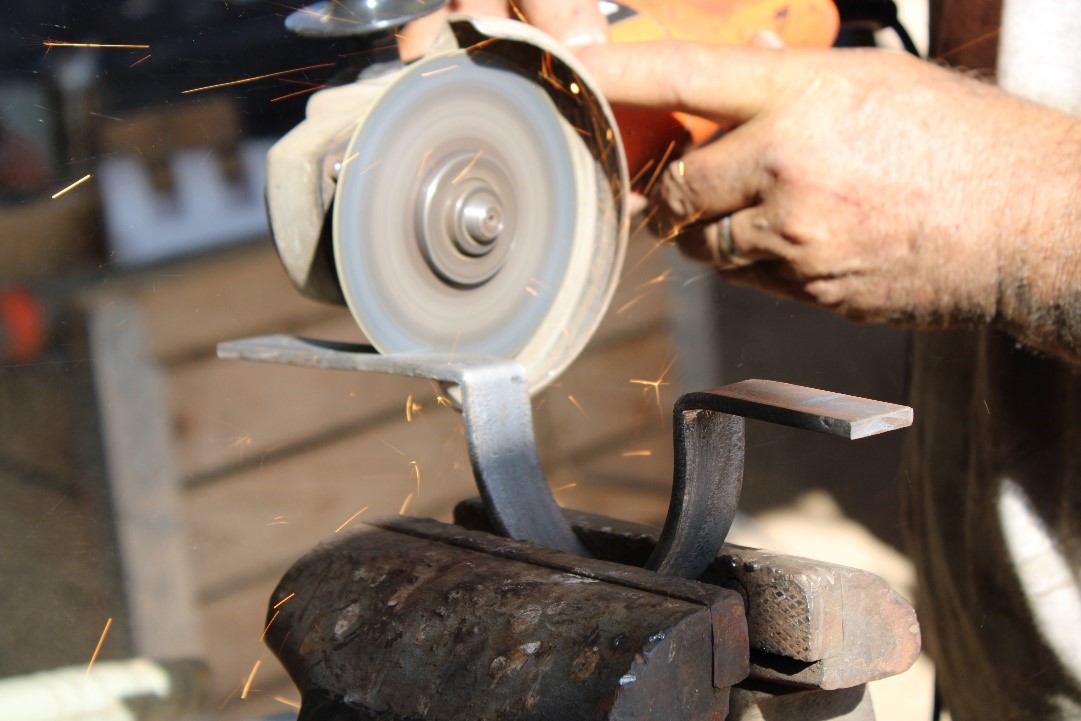 (above: Clamp that attaches the reservoirs to the exhaust) 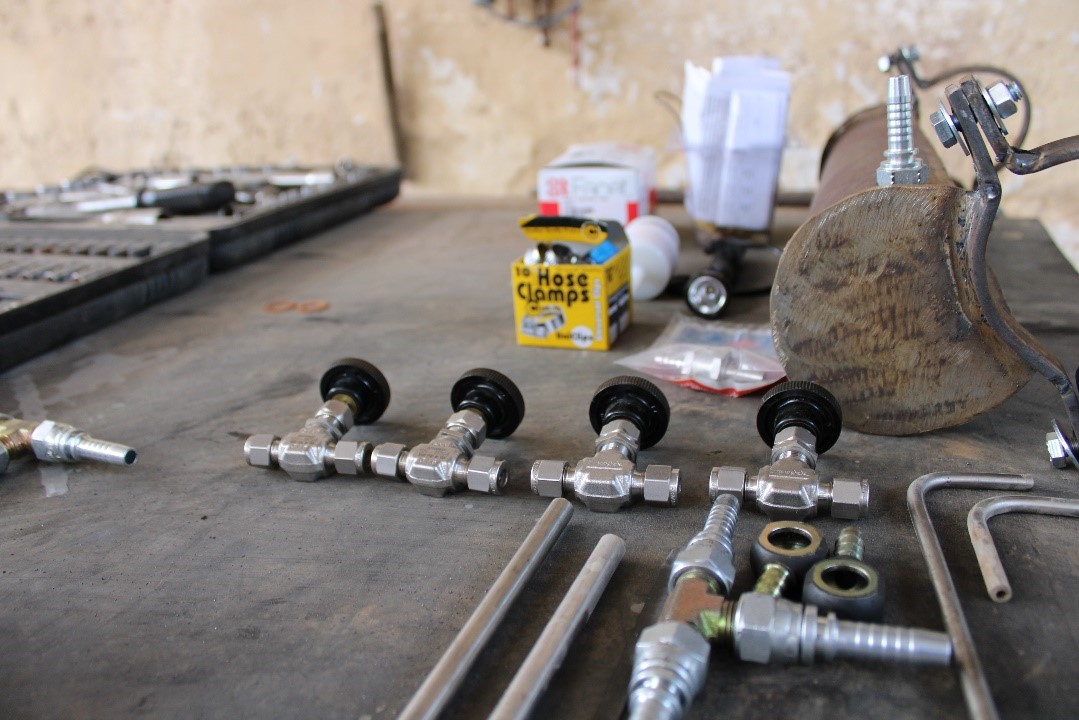 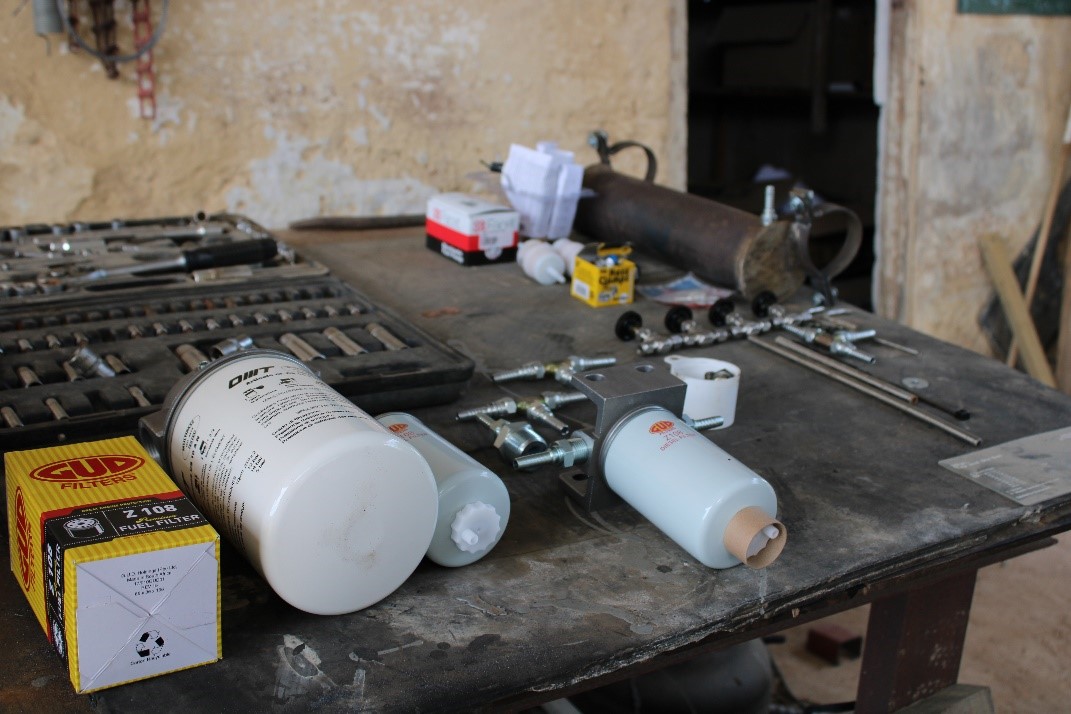 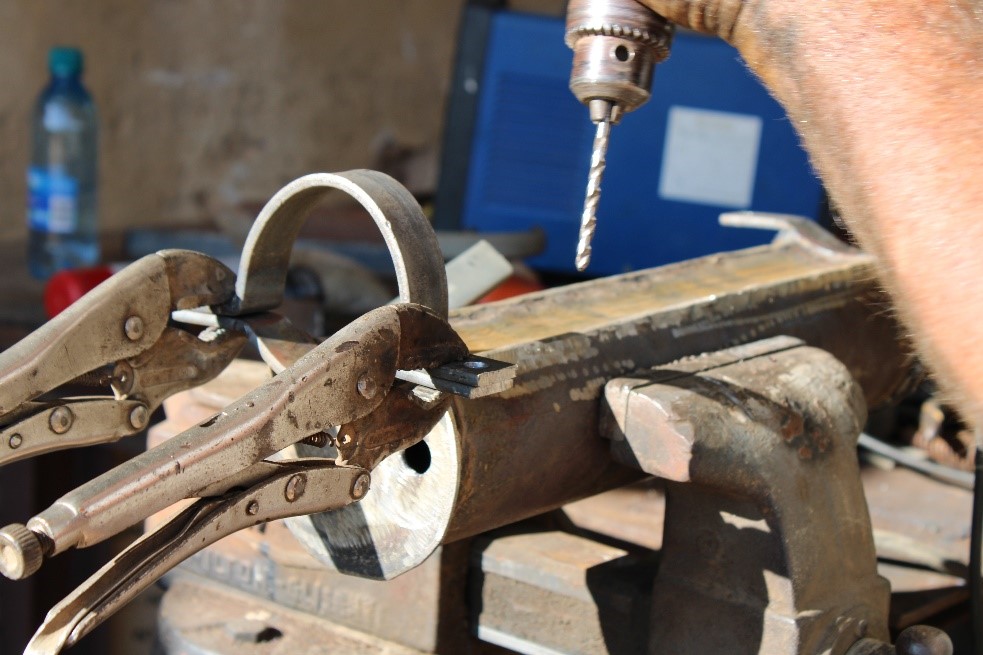 (above: The heating reservoirs was fabricated from scratch using scrap steel and pipe lying around) 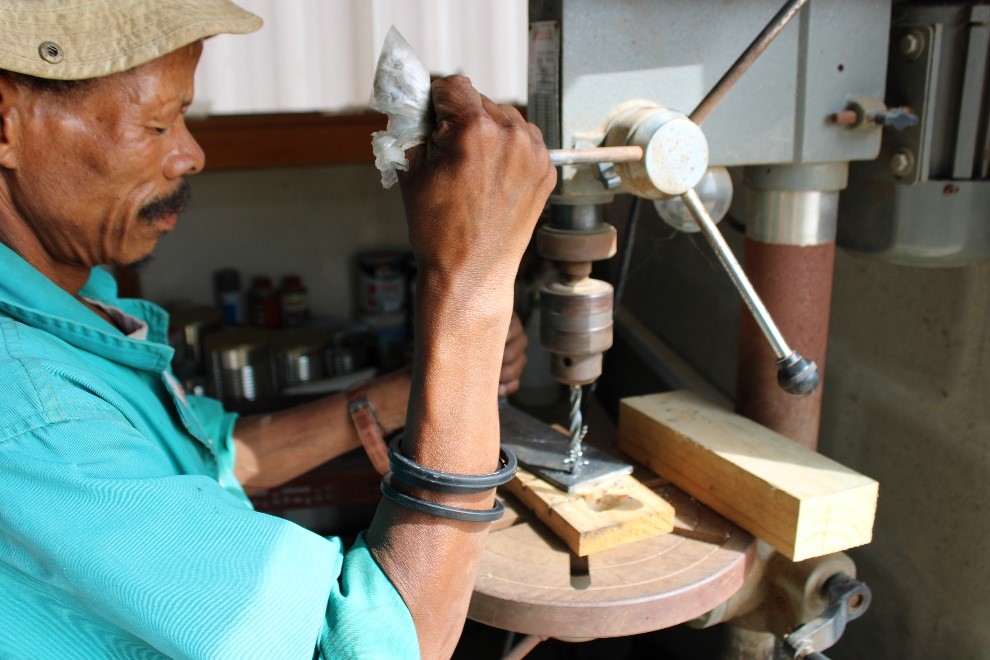 (above: Willem gave us a hand) 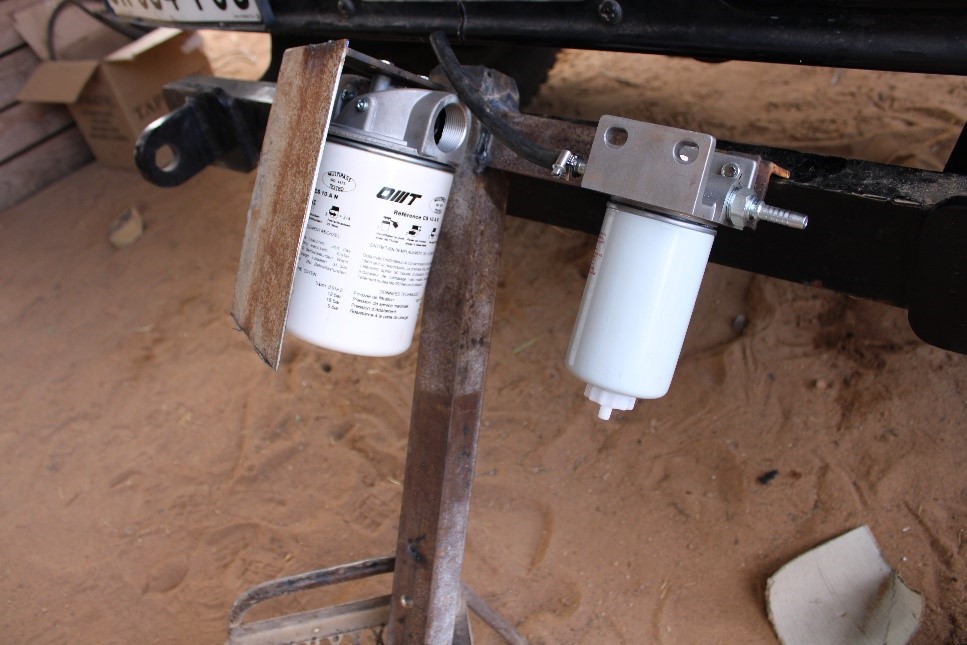 (above: The oil filter housing – also made from scrap steel) 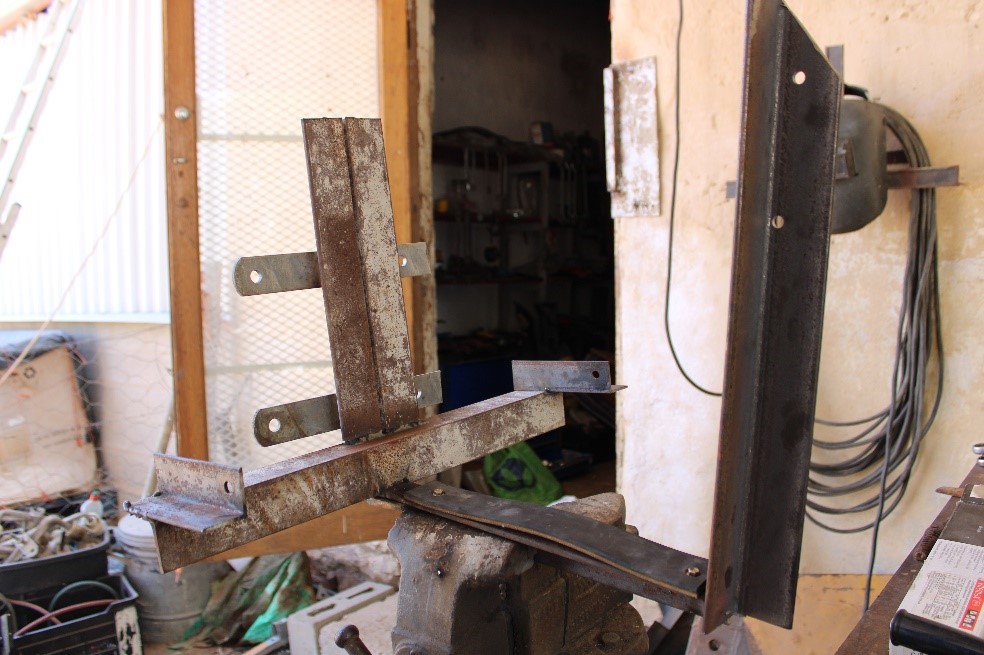 (above: Custom tractor tank bracket, to mount onto Betsy’s chassis) 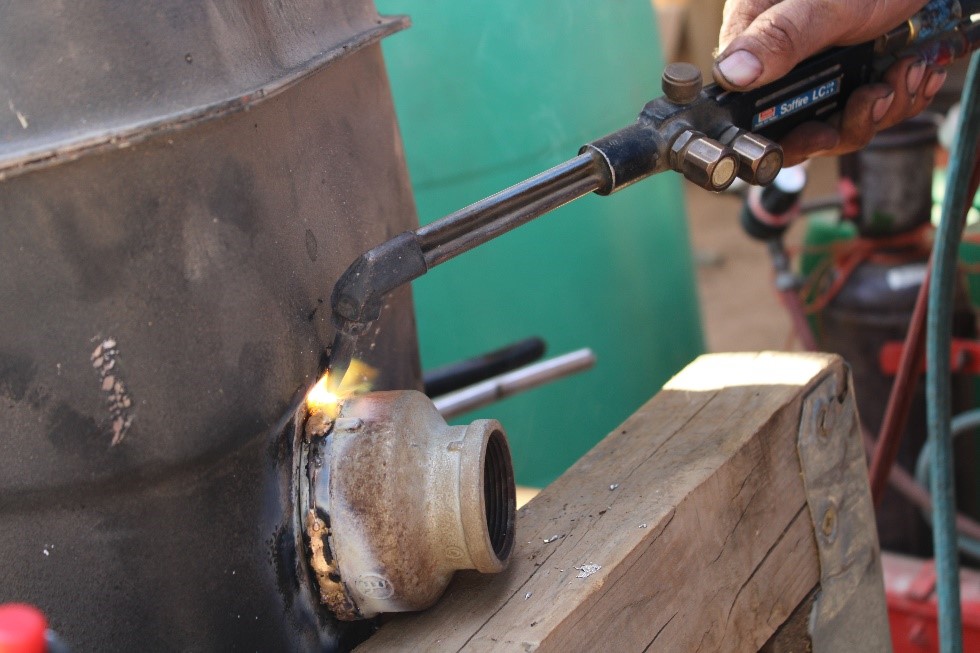 (above: plumbing fittings were attached to the pre-filtered fuel tank, so that it’s convenient for us to transfer oil to the tank) 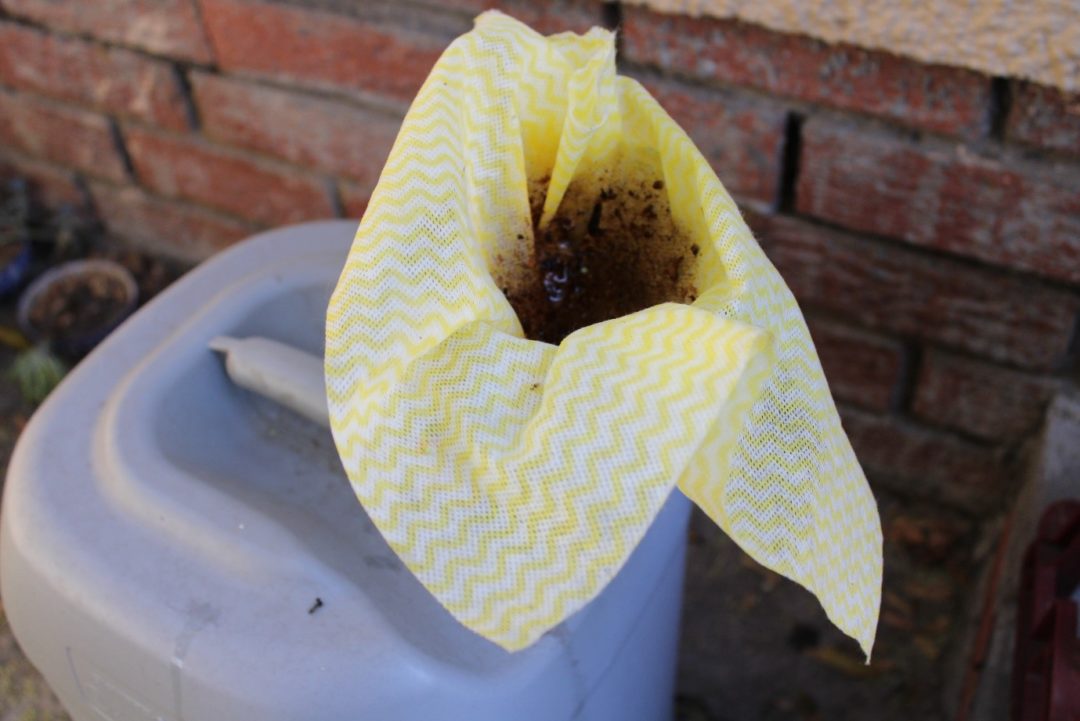 (above: filtering of solids from used veg oil)

The conversion was quite a challenge, and we often ran into problems. Luckily we could overcome most of the issues. We were also fortunate to have Morne Perreira on our team, as they came down to visit his in-laws for the week. He’s a trained Diesel Mechanic, and he got there right in time, as we were about to be thrown a curvbal.

Newer Trip Back Home – Nelspruit:
Back to list
Older Introduction to Betsy: