We found Betsy in the small town of Malmesbury, Western Cape.

After spending some time in Gertha (2005 Ford F250) and realizing that our first attempt would not survive our harrowing journey across the African Continent, I started looking out for a vehicle that would be more suited to our needs.

Betsy was put up for sale at a truck yard in Malmesbury, which was around an hour drive from us at the time. A 1995 Mercedes Benz 1517 4×4. What a find she was.

An ex-fire department rescue vehicle. It meant that she would have to have had regular maintenance, a logbook of her duties and drivers, and hopefully good mileage. It was over a Christmas season, and the truck yard that posted the advert was closed for the rest of the year.

The ad did not mention where she was kept. We took up the challenge of examining every inch of the photos, to try to make out where they were hiding this exquisite old girl. Somehow, we did manage to find her.

There she was, staring us straight in the face. We admired her through a mesh fence for some time, and we knew she was the one.

When the truck yard opened in January 2019, we made them an offer on opening day– which they did not accept. The salesman stated that it was probably one of the best “bullnose” trucks that had ever come through their yard, and I believed him. We Paid the full price of R150.000.00 excl vat. 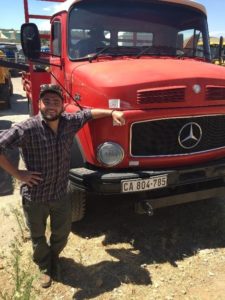 (above: day of adoption)

Two weeks later we brought her home and used her as the delivery vehicle for the “Home is where your hound is” project. We had to get used to driving at 70km/h, but we were smiling all the way. 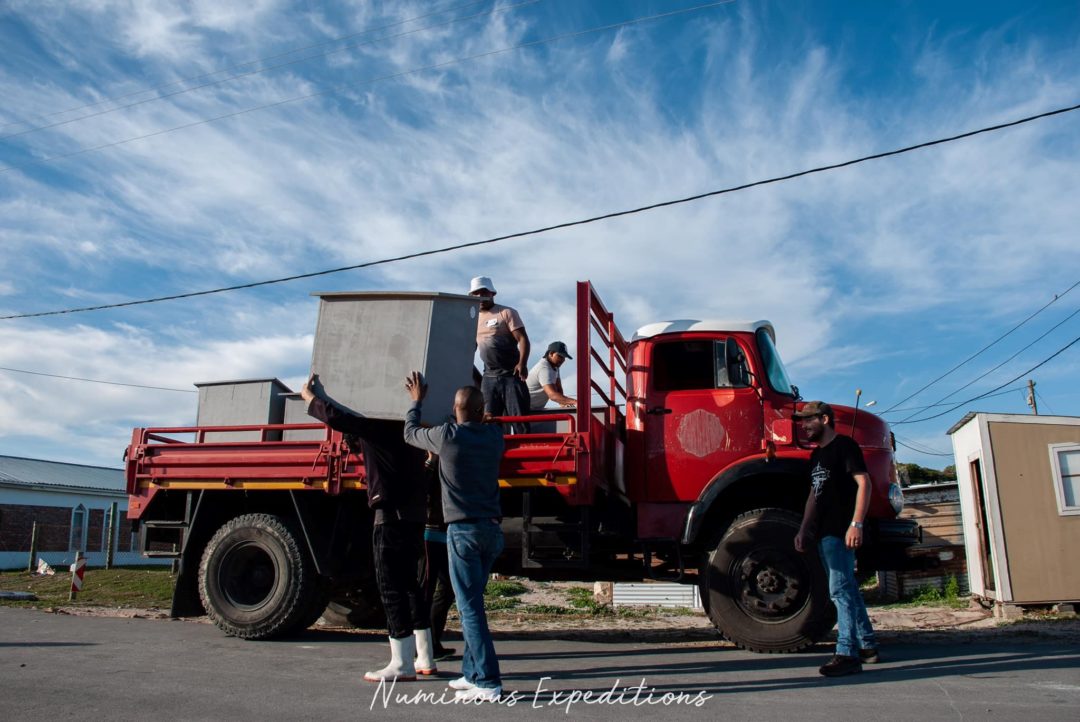 It soon became apparent that we would not be able to keep Betsy at my sister’s house (We stayed with them while I was receiving medical treatment.) We contacted a good family friend of ours that has a farm in Piketburg, Western Cape. Japie and his wife Wilene, gladly invited us to bring Betsy to their farm, and we set off the next day. 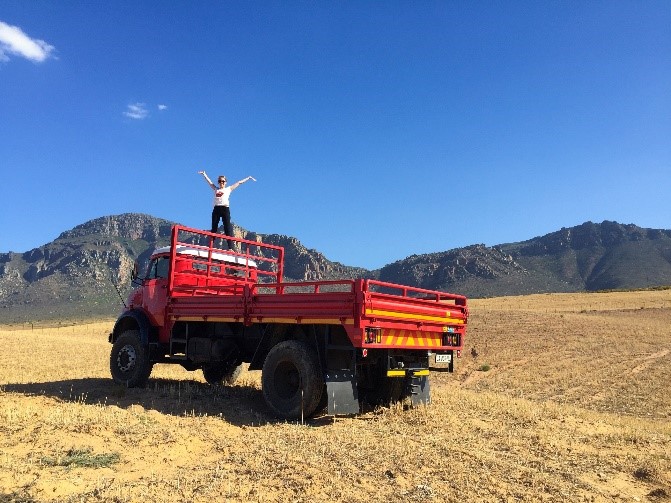 (above: Jolandie and Betsy on the farm in Piketberg, Western Cape) 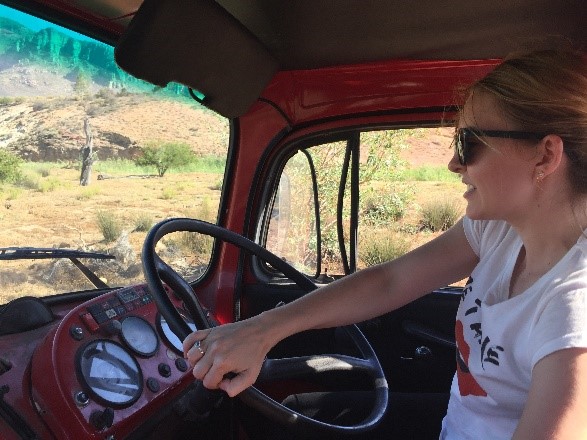